March is Women’s History Month! What began as a single day of observance in Sonoma County, CA (1978) expanded to a week of commemoration in the U.S. (1980) and further evolved into a month recognized throughout the world (1987). Previously an important topic overlooked in curriculum, the month of March spotlights the achievements of women throughout history.

To celebrate the bravery of these changemakers, we’re highlighting women who’ve contributed not only to the advancement of medicine but who have increased accessibility to healthcare while putting themselves on the front lines to protect our communities. Before the mid-19th century, women were banned from medical schools completely and even faced pushback like rioting when they did finally gain access. Fast forward to today, 51.9% of women make up the majority of medical students in the United States.

"Before the mid-19th century, women were banned from medical schools completely and even faced pushback like rioting when they did finally gain access."

From fighting for access to medical education to creating advancements in healthcare to combatting discrimination against marginalized groups, women have dedicated their lives to achieving health equity for our communities.  Let’s take a look at 5 important women who have changed and are continuing to change the landscape of healthcare.

While Elizabeth Blackwell is often known as the pioneer for women in medicine, historical records indicate that the first female physician appeared in Greece sometime around 200-400 CE. Known as Metrodora (translating to “womb gift” in Greek), she was the first woman to pen a medical text. The book, entitled On the Diseases and Cures of Women, focused on treatment for gynecology and other medical issues. Some of these writings are preserved in the Laurentian Library in Florence, Italy today. While much about her life is a mystery, Metrodora is known for her role as a gynecologist, midwife, and for her extensive medical knowledge.

Originally hailing from England, Elizabeth Blackwell became the first woman to become a physician in America in 1849. Starting out as a teacher, a career not uncommon to women at the time, Blackwell had grown a newfound interest in medicine. After a close friend had fallen ill, her friend had stated that her suffering could have been alleviated if her physician were a woman, which inspired Blackwell to pursue a new career.

Though not a simple feat, Blackwell convinced her friends to mentor her and fought her way through medical school despite the objections of educators and her peers. Facing backlash for defying societal & gender norms, Blackwell was often forced to sit separately in lectures and was also excluded from the lab. Blackwell’s persistence and knowledge earned her respect from the medical community and she spent the rest of her career fighting to advance women in the medical field, ultimately opening up a medical college for women in 1968. 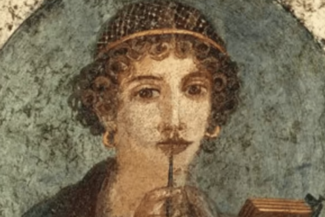 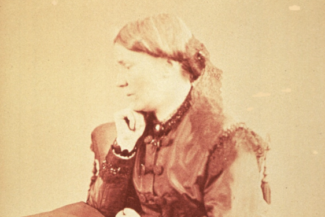 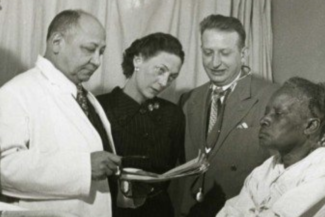 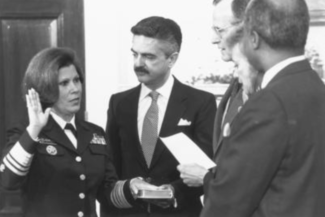 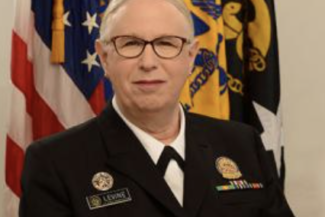 In 1943, Dr. Myra Adele Logan became the first woman to perform open-heart surgery, which at the time was only the ninth operation of its kind to be performed in the world. Dr. Logan’s achievements also include being the first Black woman elected a fellow of the American College of Surgeons, her contributions to the development of antibiotics, her research on the detection and treatment of breast cancer, and developing more accurate x-ray processes that allow us to detect tumors earlier. Dr. Logan was also dedicated to addressing community needs and partnered with organizations like the NAACP, Planned Parenthood, and many other organizations during her lifetime.

Born in Puerto Rico, Dr. Antonia Novello is the first woman and first person of Hispanic/Latino descent to become Surgeon General of the United States. Dr. Novello suffered from a medical condition that not properly treated until she was 18 due to the high cost of surgery.  This experience inspired her to study medicine to help communities in need. Novello spearheaded public health campaigns to give women, children, and minorities better access to medical care and also created successful campaigns to combat unhealthy habits like underage drinking and smoking.

After retiring, Dr. Novella, 77 has still committed her time to help communities in need. She took part in government relief missions to provide medical care & supplies to support recovery efforts after Hurricane Maria and is currently encouraging vaccine access and health literacy for communities of color.

Dr. Rachel Levine was appointed the United States assistant secretary for health in March of 2021. She is also a pediatrician and a four-star admiral in the United States Public Health Service Commissioned Corps. Her role as assistant secretary for health made history as she is the first openly transgender federal official confirmed by the Senate. Dr. Levine has dedicated her time to fighting the opioid epidemic, COVID-19, and health inequities challenged by climate change. She is dedicated to using her platform to advocate for the LGBTQ+ community and create policy changes to improve public health. She continues to combat the discrimination the LGBTQ+ community, and particularly challenges that transgender individuals face in the health care system.